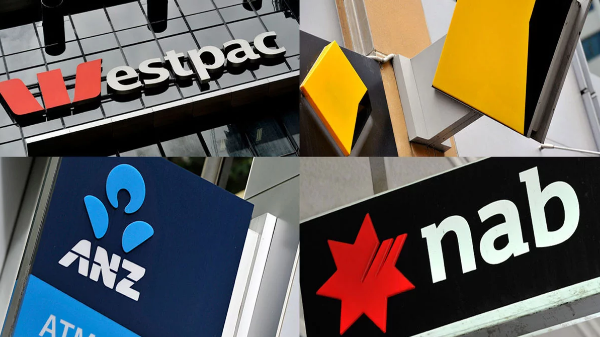 What is going on with the big 4

Beware of little expenses, a small leak will sink a great ship.

All we seem to be seeing in the news lately is these big black clouds, around the big 4 banks but what does it mean? Here is our summary to what we found most informative with articles for reference.

Based on our research we have found the easiest way to summarize is as follows; the royal commission has investigated the big four banks looking into money laundering, fraud & manipulation of numbers to approve loans. Taken from the Sydney Morning Herald below is a breakdown of the accusations.

Westpac: Engaged in unfair conduct in consumer credit and refused to stop.

CBA: Referred to ASIC over the sale of super through branches ad conduct in life insurance.

ANZ: Referred to APRA over the actions towards superannuation customers.

NAB: The board has been criticized for not learning lessons from the past.

Sounds like we could have a major curve-ball thrown at the housing sector right? Wrong, Scott Morrison our current prime minister has not ordered punishment. That’s right, no fines or arrests. Our economy could not afford for the banks to receive fines and raise interest rates or further tighten lending policies at this current time.

It is yet to be determined however we believe that nothing will eventuate. We continue with our day and its just another handful of laws that have been introduced to ensure this never happens again. Which ultimately protects us, the consumers.

The big four banks had braced for this day - and the release of Kenneth Hayne's final report from the royal commission into banking he led will leave a big mark on the sector.

Between his recommendations for enforcement in Monday's final report and the interim report released last year, there are now myriad potential prosecutions as well as some far-reaching reform proposals across banking, financial advice, superannuation, home loans and insurance.

So how did the chief executives of the banks respond to their collective public flogging?

Commonwealth Bank of Australia chief executive Matt Comyn said it would take the bank some time to digest the 76 recommendations from the final report and the government's initial response, but the overall message had been received.

"Commissioner Hayne has called out the clear need for change," he said, adding the process had been a valuable one.

"We note that the commissioner has concluded that a number of matters regarding the group’s conduct, including in relation to superannuation, warrant further investigation by relevant regulators and we will cooperate fully with these investigations."

Mr Comyn is likely to face a grilling when the CBA releases its financial results for the first half of the financial year on Wednesday.

The bank is expected to notch up a $4.9 billion profit this week, despite the bank's bottom line bearing the scars of high compliance and compensation costs from the scandals sweeping the sector.

"[The commission] has highlighted failings both in our business and across the wider financial services industry," he said.

"As challenging as the royal commission process has been, CBA will be a better bank as a result."

The report was released on the same day that the corporate regulator lost patience with CBA's progress on setting right failures that saw it charge customers fees without delivering any service.

"There is still much work ahead to earn back trust, but we are determined to restore broad respect and support for the important role that a major financial institution like CBA has to play in our economy and community," he said.

ANZ chief executive Shayne Elliott, who spent some of Monday morning selling The Big Issue outside the bank's headquarters, said the inquiry would change the industry for the better.

“This is a defining moment for both our company and industry," he said.

"It has been a humbling experience for me, our leaders and all our people - we have learnt from this and accepted responsibility for our failings.

Mr Elliott said the bank needed to ensure the failures detailed in the inquiry were not repeated.

“I recognise the size and nature of our compliance and culture challenge. And I am determined we deal with it."

Westpac chief executive Brian Hartzer said the inquiry could be a "turning point" for the industry.

Our focus remains on learning from the mistakes of the past and preventing them from happening again.

“The royal commission has been a confronting, thorough and important process," he said.

"Our focus remains on learning from the mistakes of the past and preventing them from happening again."

“Having heard from both the CEO, Mr Thorburn, and the chair, Dr Henry, I am not as confident as I would wish to be that the lessons of the past have been learned,” Commissioner Hayne said.

"Overall, my fear – that there may be a wide gap between the public face NAB seeks to show and what it does in practice – remains."

National Australia Bank released a statement saying it would review the report as well as the government's response and "provide further updates as appropriate".

Appendix written by Mathew Dunckley of the Sydney Morning Herald.